Here's the maiden FPV flight video of the latest addition to my fleet, the QAV-210 Charpu Edition. These are the components: Overall I'm really happy with this quad. Its fast, agile and very maneuverable. Just gotta keep flying to see if I become a decent pilot. Here's a photo gallery:
[Show as slideshow] 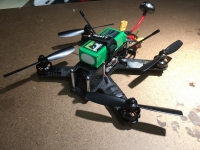 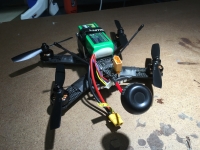 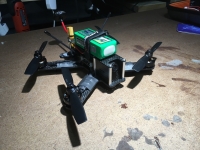 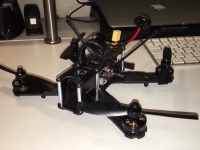 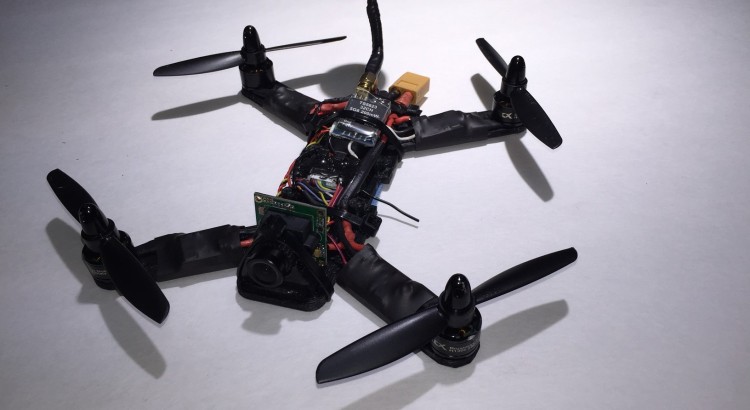 Introducing the SubMini 200mm FPV quad, a custom designed multirotor. As the name indicates, is has a motor-to-motor diagonal measurement of 200mm, perfectly suited for 4" props. The frame was designed and 3D printed in black ABS and is 4mm thick. 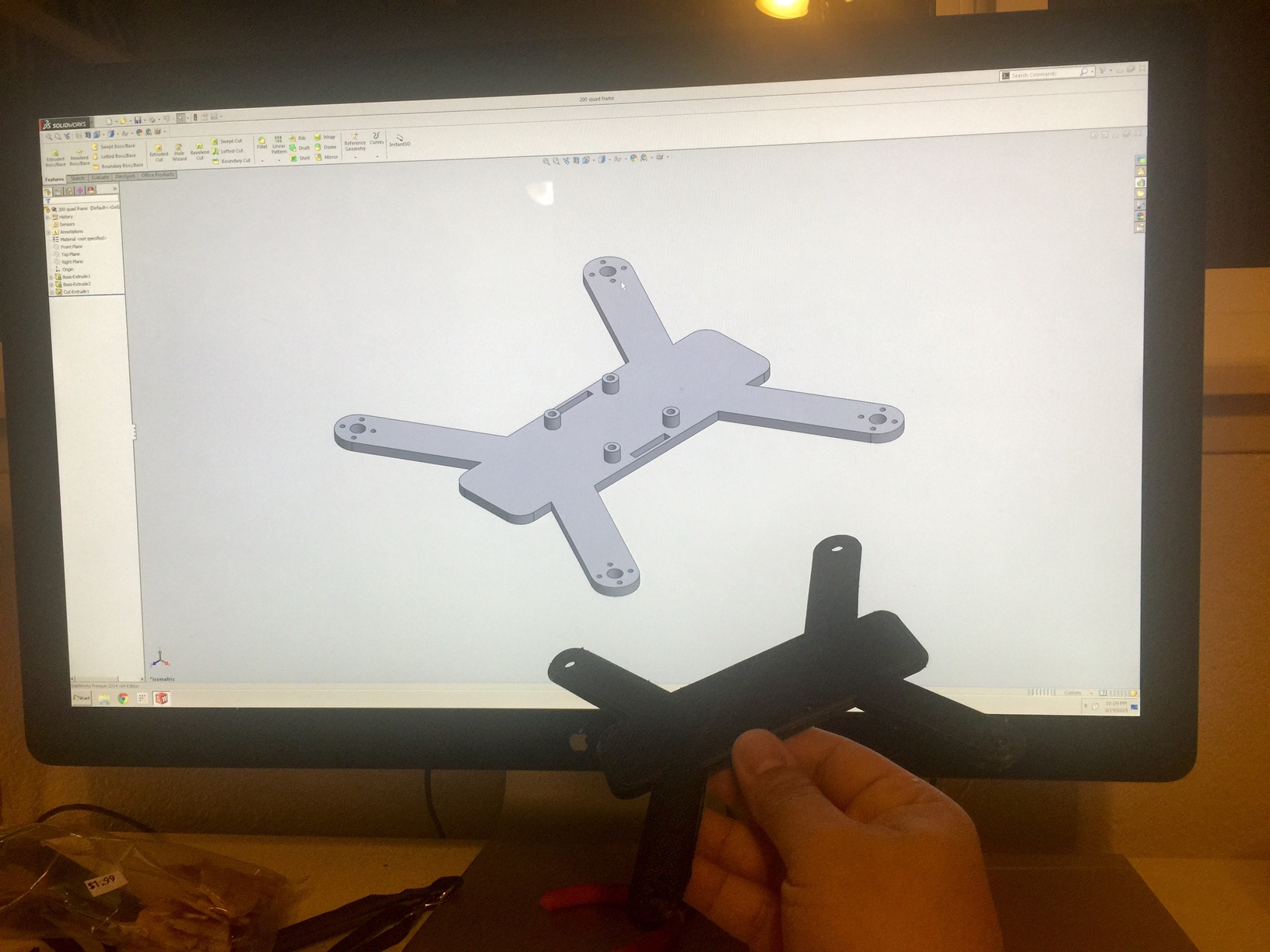 Components (with links). Motors: RCX 1306 2300kv Props: 4045 CW & CCW from MyRcMart.com ESCs: RTF HUGESC 12AMP SIMONK-(RAPIDESC) Flight Controller: Flip32 Racing Edition RC Receiver: FrSky VD5M FPV Transmitter: TS5823 5.8GHz 32CH Mini FPV Video Transmitter Camera: RunCam PZ0420M 2.8 mm lens Battery: ZIPPY Flightmax 1000mAh 3S1P 25C Antenna: Off-brand CP RP-SMA antenna. Here's a quick rundown of the costs, but please note that not everything needed is included: I already had 4 batteries and the FPV antenna. Also, its a good idea to get a spare motor and ESC, just in case. You don't want your project to be halted because of a faulty motor. But, on the positive side, Shipping from MyRCMart was suprisingly quick: the package took exactly a week to arrive from China to my doorstep in California. 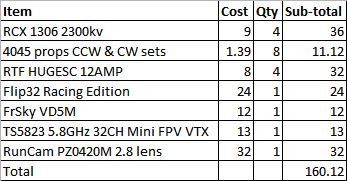 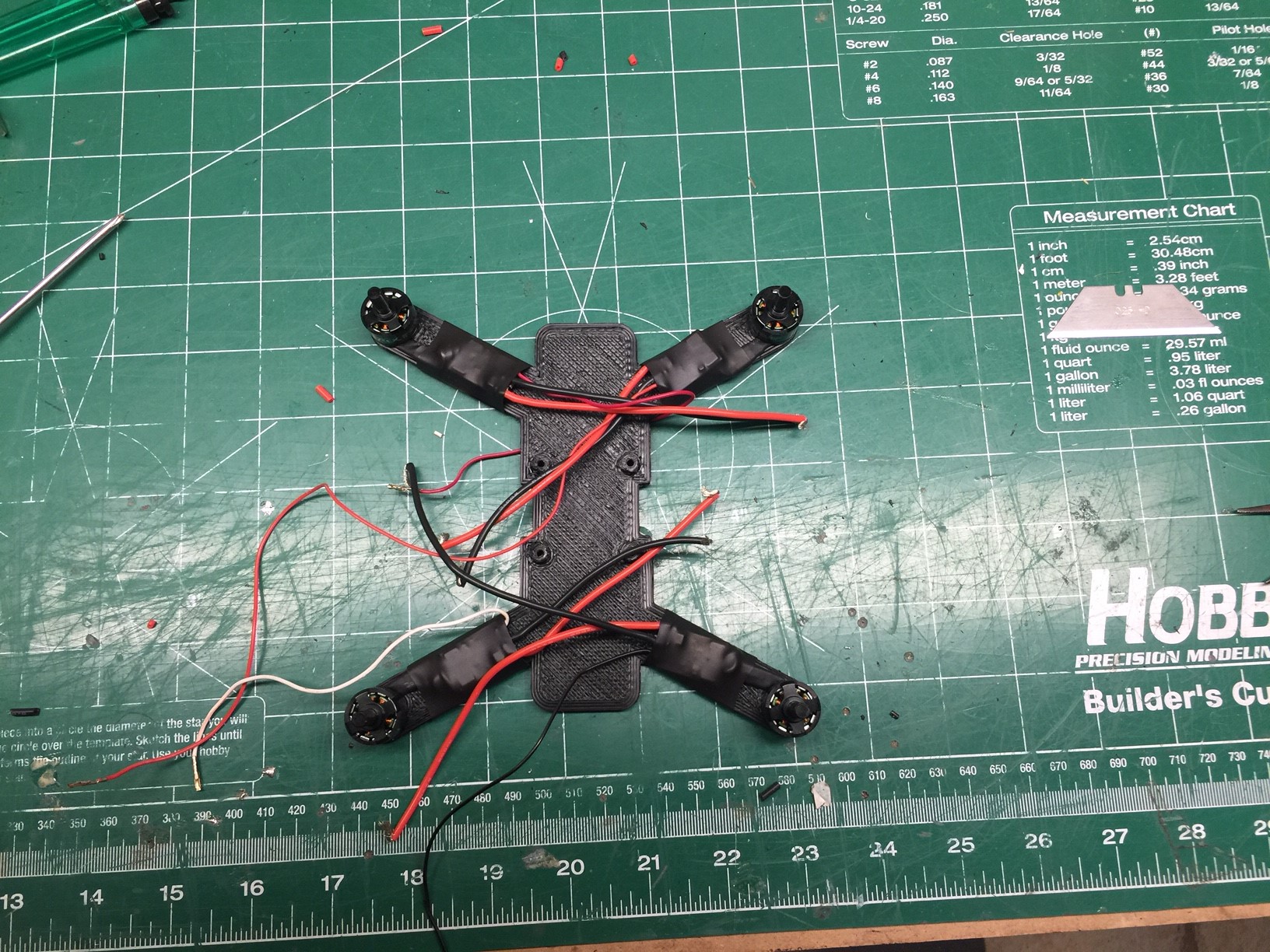 I was initially going to use a regular Flip32 fullsize controller, but the spare one I had wasn't working quite right, so I ordered the Flip32 Racing controller, which is less than half the size of a standard Flip32 (35mm x 35mm). I decided to use the FrSky VD5M because it was what I had lying around, and it worked quite well. I removed the connectors and soldered the wires directly from the receiver to flight controller. Again, you need a fast and steady hand to pull this off, the solder points are tiny. I epoxied the receiver wiring to ensure durability. The 1306 motors are tiny! They are really 1706 (17mm in diameter), but they perform quite well when paired with 4 x 4.5 props.

The all-up-weight (AUG) is 246g (165g for the frame alone). It was tuned and maidened at night and it was a blast to fly, going inside the house and over the sidewalks while I just stood there in the garage. Flight times are about 4-5 minutes of fast FPV flying, a bit more if you're just cruising. Overall I'm very happy with this SubMini quad, which is what I'm going to call it, since it is smaller than what is considered a mini quad (250mm) and not quite a nano or pico quad. So, SubMini it is! Photo Gallery:
[Show as slideshow] 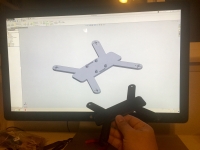 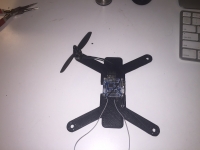 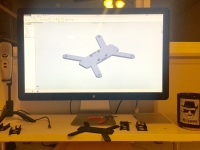 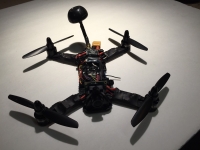 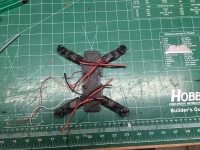 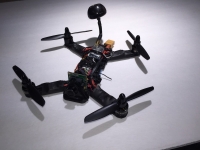 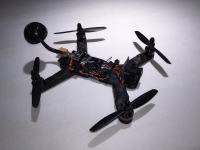 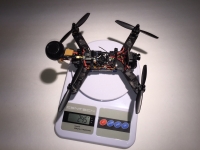 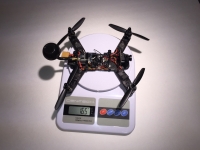 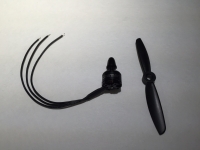 Introducing the Caliber FPV Wing from Snipe Air Industries. In this video I introduce the project, unbox the package and show you the finished product after it was put together. It measures 37.5 inches (95.25 cm) in wingspan and the kit includes all the nessary hardware, including a plastic center section to hold the fpv equipment, cameras and battery, winglets, stickers, laminate, pushrods and balsa elevons. It also comes with an antivibration mount for a Mobius camera. END_OF_DOCUMENT_TOKEN_TO_BE_REPLACED

Here's part 2 of the Build a Better Phantom Series: a quad with T-Motors, SimonK ESCs and an APM Mini flight controller in a Phantom shell: The Ghoul. Please visit the first part of the series to get a list of components by clicking here. Here are links to additional guides and documents needed to complete this build. Official APM documentation Un-official guide: Mini APM from Witespy Light module pinout and info In part 3, I'll show you footage captured on the Ghoul during the maiden flight and a lazy adventure around my local park (as soon as I figure out how to process video shot at 120fps). Stay tuned!

Introducing the Ghoul: a quad built with a DJI Phantom Shell, but with better components and more capabilities. I came across a DJI Phantom Shell while navigating ReadyToFlyQuads.com and decided to build a quad using that shell and powering it with a Mini APM and overall better components. This is what is needed: In part 2 I will show you step by step how I put it together: stay tuned!

Introducing my custom designed and 3D printed Y6 multirotor. After many hours of designing, printing, troubleshooting and test flying, I am finally showcasing my latest multirotor with the world. The frame base, motor holders, landing gear and 3-axis gimbal were printed 3D printed in ABS. The booms are carbon fiber tubes that are 330 mm long and 16 mm in diameter. Here are some additional specs: It features a 3 axis gimbal that uses the following: Stay tuned for flight footage of the Y6 flying and gimbal stablilized footage from the GoPro / gimbal. Additional Pictures:
[Show as slideshow] 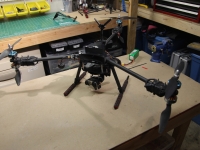 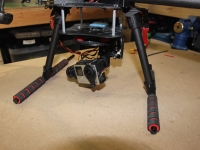 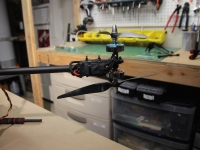 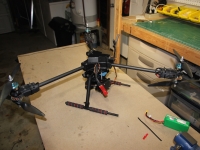 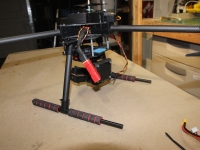 Here's an acrobatic flight (with flips and rolls) of the Mini Tricopter from Armattan at the Apollo field.